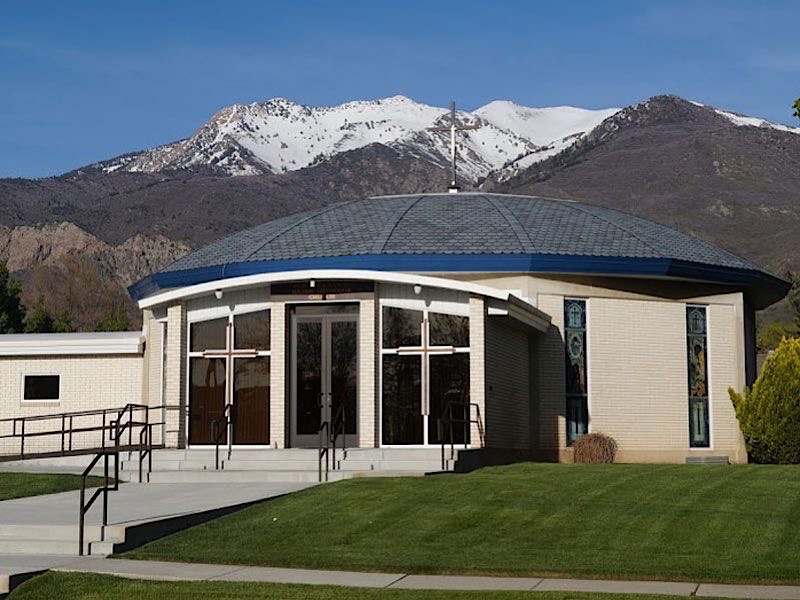 A Short History of the Transfiguration Greek Orthodox Church


During the late nineteenth and early twentieth century, America became host to thousands of Greeks hoping to make a better life for their families. Young men who sought American opportunity left to work in a new country and managed to find jobs in mines and on the railroads—clearing land, laying tracks, building roads, and extracting minerals and ores. The Ogden Greek community was built with those roots and before long a group of individuals turned into the Greek community of Ogden, Utah.

By the 1920s and 1930s, many of these immigrants became innovative businessmen and helped turn Ogden into a vibrant entrepreneurial city. On the outskirts, others turned to agriculture to forge their future. By the 1940s, the second generation had started families of their own and began building the foundation of the present society. This vibrant community began establishing itself more firmly after World War II, when families grew in numbers. Young adults and their families held banquets, organized dances, and planned picnics regularly each year. Organizations such as the AHEPA, the Hellenic Women’s Club (which later became the Philoptochos Society), the Daughters of Penelope, and other fraternal groups met frequently to enjoy the company of friends and relatives at regular outings, meetings, and social events.

While fellowship provided the glue that kept first and second-generations together, the culture and religion provided the foundation. Whether it meant borrowing a priest from Salt Lake City or bringing someone in from another parish, Ogdenites were determined to build a liturgical life in their own back yard. By the 1950s, Ogden organizers offered families a weekly Sunday School program along with a Greek school. The Ogden Greek community found creative ways to continue its tradition of worship throughout the early and middle years. For special liturgies, the faithful congregated at the Seventh Day Adventist Church on 22nd Street or the Episcopal Church of the Good Shepherd on 24th Street. When it was not possible to hold services in Ogden, many climbed into their cars and traveled south to Holy Trinity in Salt Lake City. The two-hour round trip drive did not stop those interested in religious practice from participating in Easter services or from partaking in sacramental occasions such as baptisms and weddings.

In the spirit of pioneers, approximately 120 hopeful planners dared to dream of friends and family housed in a church of their own. Men and women were dedicated to the project of what would become the Transfiguration Greek Orthodox Church of Ogden, Utah. On January 14, 1951, the first elected committee of the Board of Trustees began their momentous task. This was a significant turning point for Ogdenites who found themselves united in a common goal. The official charter for a non-profit organization was registered in 1955 with the State of Utah, and a twelve-person committee led the effort, breaking ground on July 6, 1963. Future parishioners celebrated the groundbreaking with Bishop Demetrios of Los Angeles, Utah Senator Frank Browning, South Ogden Mayor Fred Montmorency, and clergy from Salt Lake City.

As the building process began, parishioners lent their diverse talents, ranging from architecture, to engineering, to farming and ranching. Their experience turned the project into a labor of love as several members volunteered to pour footings, install electrical wiring and heating ducts, paint, and fit the plumbing. After the exterior was complete, members built the iconostasis, the Royal Doors, the church cross, and otherwise contributed countless hours of volunteer work. Throughout the building process, committee members as well as the AHEPA, Daughters of Penelope, and Philoptochos continued to raise funds to outfit the interior of the church.

On October 18, 1964, parishioners witnessed Fr. Spyros Diavatis performing the Divine Liturgy for the first time in their own city. At the naming banquet the following month, "Transfiguration" was chosen for the Ogden parish. A symbolic choice, Transfiguration would forever remind the congregation of the transformation that had occurred at the foot of the Wasatch Mountains, more than 60 years after the first immigrants stepped foot in Ogden.